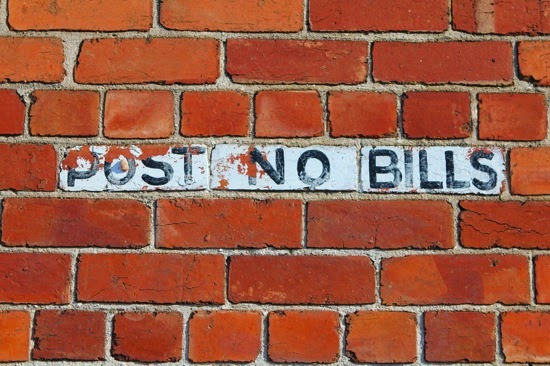 I want to tell you a story, and in the next couple of minutes, I would appreciate if you could loan me your undivided attention. I promise to return it with interest;

A child was born in an urban area in the heart of Lagos state almost 3 decades ago, attended about 5 primary schools, finally obtained a first school leaving certificate, from there on to just 1 secondary school, being a very brilliant and apt student, he obtained the necessary 5 O’Level credits in senior school certificate exams and got an average score in the university and tertiary matriculations exam. He got admitted to study Physics because they just had to put him somewhere because he knows somebody who knows somebody. Even though in his heart, he wanted to study Electronics and Computer Engineering because that’s where his strength is, mechanization and electronics.
The result? Instead of the standard 4 years, he ended up spending 8 years and still did not graduate. For those wondering how come, here it is. Through no fault of the university, he kept failing the mathematical courses over and over again! Had 3 extra years! That’s right! 3 solid extra years, before being told that the allowed number of extra years is 2. That ended his quest for a B.Sc. in Physics and freed him up to pursue his passion – Computers!

By the time he realized he was coming back for an extra year in second semester of 300 level, he was determined not to come back, his thoughts were to just bail out and escape. However, he had a coach who sat him down and showed him the big picture “that LASU was just a minute phase in the story of his life, and he should see it to the end, then move on with his life”. That was exactly what he did!
Here is the good part, since his 100 level days, he had known that he had no future in Physics and as such decided to enroll for another course in Information Technology on the internet (Note: in 2002, there were no online Universities or Open Courseware/MOOCs; there was w3schools.org). He spent all his pocket money on over-night browsing twice a week, learning about Website Design using HTML, CSS, DHTML, Javascript and Flash; then Graphic Design using Photoshop, CorelDraw and 2D animations using CorelRAVE. Since he had spent all his money to pay for the overnight browsing, there was no money left to print. So, would write out all he had to print and in so doing, was assimilating a whole new world of information that he can still remember to this day!

Do not let this society define you, it will set you up to fail and ruin your life. As a fish, do not wear yourself out trying to fly. There are some specie of fish that actually fly for a few seconds and if that’s what you want, you can have it. A flash in the pan, that’s the idiom for it. Dolphins and Whales do jump out of the water briefly and go back under to continue life as usual. However, if you spend your time actually swimming, you would have made considerable progress.

I am the one in that story, I was admitted to study physics, but I spent most of my time and money in cyber cafes, a decade later, it has paid off.
I will not tow the path of countless others and tell you that’s the end of the story, let’s sing kumbayah and you’re good to go. It takes guts, moments of doubts, loneliness, and depression; desperation and regrets will overshadow your heart along the way, but if you stick with what you love doing, you will flow right to the top. Don’t deceive yourself and think you will be successful in 6 – 9 months, it will take as long as it takes if and only if you do not give up. History is laden with those who got phenomenal ideas and nearly implemented them.

The educational system of this society is amoebic at best, at the same time, it is a cookie-cutter, churning out hundreds of thousands of job hunters per annum. You need to decide NOW if you want to be a part of the 10,000 applicants queuing up to write an aptitude test for a job that has only 2 slots! If not, it is time to rise above the inhibiting factors that is prevalent all around you and stick with your guns!

Let’s go back to the beginning!
If you have no idea what you want to do with your life, now is the time to find out. You are protected to an extent while you’re within these walls; once you step outside, you are on your own!
I haven’t mentioned career much thus far because you need to find out who you are first, then you will know what career path is best suited for you. For those who choose a career path because “there is money there”, they soon discover that it is short lived. Jobs are springing up now that didn’t exist 5, 10 years ago! Life is too short to spend it chasing money, and miss out on the good things of life.