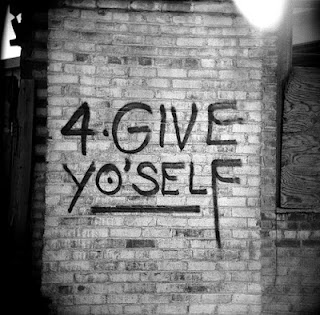 Forgiveness, just like Love, has definitions to varying degrees or like an onion—layers. I always thought I had the forgiveness thing locked down, yeah right! Just like the proverbial out of the blue, it hit me that I had just erased that part from memory and decided the type of forgiveness I wanted to extend. I found out that I couldn’t (or at least that’s what I had subconsciously agreed) go back if I had the chance.
On my way home, it became evident that this sealed can of worms had been in the basement and it is already stinking. It took an interviewer’s probing questions for me to shed light on that chapter in my life’s story.
Forgiveness is absolute, but just like everything else, we make it relative and as such varying standards abound. This means what I call forgiveness may not cut it for someone else. While my version of forgiveness may be shallow and warped, yours may be brutally honest.
Ultimately, we are responsible for our versions of forgiveness, while it is in our best interest to forgive and let go; it is not as easy as it sounds. You need to decide first of all which version of forgiveness you would like to exhibit, partial or complete.
While we may grapple back and forth in our minds about how badly we’ve been hurt and tabulate cogent reasons why we can’t let go, let us remember that they are humans after all and we are all greatly flawed.
Sometimes, we have unrealistic, astronomical expectations of our mere mortal neighbors and more often than not, you get disappointed. I have discovered (all be it painfully) that our pride gets in the way of our forgiving those who have wronged us. We subconsciously want to stand for our perceived right, and forgiving feels like we are positioning ourselves to being run roughshod, but on the long run, we do ourselves a great disservice by refusing to give allowance for human weakness.
What you can do is ask yourself if you have given the person who hurt you yet another chance, with no guarantees that they will not go down the same race track and cause you another bout of heartache.
There is a balance however, but I hope you see the underlying principle.