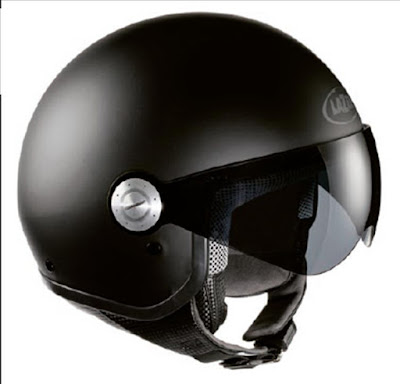 When I first wrote the script about the helmet wars, I left a cliff-hanger. Well, here is the concluding part.
Two years into the helmet wars, we are almost back to square one. I cannot say for certain how many lives have been saved as a result of the usage of crash helmets, but one thing is certain, the authorities that are supposed to enforce the law have since turned it into another source of income.
Riders who do not wear or even possess crash helmets are supposed to have their motorcycles seized, but for a token (bribe), they escape the arm of the law (at least until the next police officer ‘catches’ them) and the cycle continues.
Being a superstitious environment, some passengers don’t wear helmets because there have been rumors of people disappearing as soon as they adorn the crash helmet. Hence, it is not uncommon to see individuals holding the crash helmet a couple of inches from their head; which is supposed to be a dumb attempt to fool the authorities. Who is fooling who?
Isn’t the crash helmet supposed to have a lifespan? Many of the crash helmets have seen better or is it worse days? They have lost whatever was supposed to protect the human skull in case of a crash, what you have left are plastic bowls with a rope as the harness or something in that category.
On a daily basis, you see crash helmets flying off the head of either the rider or the passenger; surprised? Don’t be. Like I mentioned earlier, most of the helmets have reached the end of their lifespan and have not been made to retire yet. So, without the latch to secure it firmly on the head, the wind is very efficient in lifting the substandard contraption from whoever and whenever.
Imagine you’re driving and suddenly, out of nowhere, a crash helmet did just that…crash into your windshield…you slam on the brakes? Swerve? Don’t forget there are other drivers on the road, if not well managed, you are looking at a pile up and a very long day ahead or night.
The purpose of the helmet is to protect the rider and the passenger, it now poses a grave danger to drivers and other riders if it is not properly used. The case of flying helmets should be addressed by the relevant authorities because government sank billions of tax-payers Naira into the project nationwide.
As far as this goes, it is best imagined than experienced. The number of commercial motorcycles in Lagos alone is well over 295,000. Using that as a benchmark, we should be looking at some 600,000 new helmets every 18 months. But as far as reality goes, the last 30 months have seen the same bowls being used by the riders to get the better of law enforcement agencies.
Way forward? Let us think long-term when proffering solutions. Quick fixes will not get us anywhere and we will be worse off than we were before the quick fix.