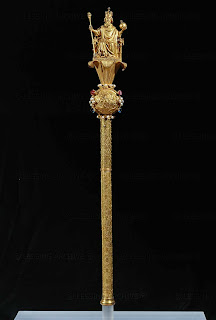 Josiah was a good king of Judah because he walked in the ways of David his father and did what was right and pleasing in the sight of God. He died in battle, and that’s a violent death, slept with his fathers was a more soothing end to someone who pleased God. It seems that prejudice or love for the people was what killed him.
I say so because Necho king of Egypt told him that God instructed him to go destroy and lay Judah to waste. So, either Josiah didn’t believe God could talk to a heathen king or he loved his people so much he couldn’t just sit by and watch his kingdom burn to the ground. Whatever the case, the bible did not record that he sought God’s face before going to battle Necho. Blind zeal is as disastrous as no zeal at all because in the end, Josiah died before his time.
He emulated David, but not in this area of seeking God’s face; this was the hallmark of David’s reign of forty years. He would always ask God, “shall I go up against them?” And he would do exactly what God told him to. In my opinion, we all need to be more like Josiah, in that he restored true worship of the living God. He even kept the pass-over for the first time since the time of Samuel the prophet, that is like some 10 generations and over 400 years!
It was during Josiah’s reign that Hilkiah the priest found the book of the law which God gave Moses some 30 generations and over 1,200 years before. He caused the book of the law to be read to everyone in the kingdom and repented on behalf of the nation. He even led them in true worship of the Lord God of his fathers. We have the choice to live our lives for God and in turn influence others to live for Him or we can just ‘go with the flow’ and miss the mark of the high calling of God in Christ Jesus.
I believe you would love to have an ending like David, Moses, Samuel, Elisha, Hezekiah and a host of other great men and women who lived for God in their generations.
You are a World Shaker!