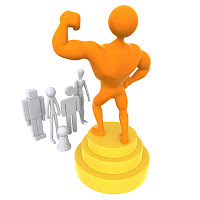 I just downloaded the March 2011 CIA World Leaders List, this is a list that contains the names of the leadership of over 200 countries in the world. This includes the presidents, kings, vice presidents, prime ministers, deputy/vice prime ministers, central bank governors etc.
I saw the multitude of ministers listed for African countries especially Nigeria. Yet, nothing seems to be working as we just have ministry for virtually everything imaginable.
Apart from ministries, we have agencies, commissions, and corporations whose effect are not felt.
Case in point, we have a Communications Commission that have done a bit to regulate the telecommunications sector, but that sector is still largely bleeding the consumers dry.
We also have a Broadcasting Commission and a Broadcasting Organization whose role is to regulate the broadcasting arm of the media sector; while credit goes to them, their performance in regulating foreign companies operating in the country can be best described as woeful.
For the second time in 10 months, multichoice Nigeria, operators of the South African-based DSTv have reviewed (upwards) their subscription price and this is notably higher than the subscription cost in their home country. For over 10 years, the price of a complete set of decoder+dish has hovered around but no below N30,000.
It was the entrance of StarTimes digital decoded which had an entry price of N10,000 that prompted Multichoice to slash the price of their complete set from N22,500 to N10,000. This begs the question, why haven’t they dropped the price all these years?
This leads me to believe, allbeit naïve, that our so-called agencies, ministries and commissions are just occupying space and collecting jumbo salaries and estacodes.
This is just one of the many areas of neglect by the host of government officials we parade for the world to see.