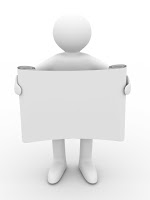 Unless I and some people take action, our generation will look back some 10-15 years from now and wish we could turn back the hands of time to make changes-like speaking up in the face of injustice, corruption, sexual perverseness, media misuse, entertainment misappropriation, education diarrhoea and the like.If we who know better (to a certain extent) do not open our mouth to teach those who are naive-emotionally, financially, spiritually, educationally, we will ultimately end up with heart-broken, bitter, single mothers who are broke, clueless, with absolutely no skill, who don’t know God for themselves and one way or the other just practically floated through institution of higher learning to obtain a degree.We all crave love and acceptance, unfortunately, the women-folk fall prey most times to the wiles of mobile testosterone tanks called ‘men’. The media played a major part in our developmental years and since then, we have bought into the lie of the ‘beer ads’-promising a good life, the ‘tobacco ads’-promising connection to important people, the ‘condom ads’-promising safe sex (protection from STIs and HIV), the ‘credit card ads’-promising a ‘buy now pay later’ policy, the movies that potray extra-maital sex and relationships as being the vogue, that potrays teen pregnancy as being okay, that potrays con-men, fraudsters, drug-addicts, alcoholics, as being normal have done a lot to erode the fine line dividing the good and the bad.Things are no longer Black and White, Grey has become our favourite colour. What used to be outrightly wrong has now become subjectively permissible and what used to be right is now considered contextually before it is agreed. Where have our morals been exiled to? At this rate, the next generation will legalise ‘killing’ as long as it is self-defense! It is only a matter of time before children are licensed to get married and other unimaginale things become our reality. We can choose to take a stand and nip these atrocities in the bud.Decades ago, most of what we see today could not have been pictured, it just could not occur to them. This is to show us without any doubt that the devil has stepped up his game. The instinctive response would be that we should step up our game; but we know already what the outcome of this battle is-we are more than conquerors, we are seated in heavenly realm far above principalities and powers, Jesus Christ has conquered once and for all; all we are required to do is enforce the victory and bring people to a knowledge of it. The devil has been stripped of all authority and all he has left is deception. Jesus said ‘you shall know the truth, and the truth shall make you free’.Our assignment is to teach ‘the truth’ to as many people as we can while we are still alive on earth. Communicate it in as many ways as you can-speak, write, record, draw, etc. Paul the Apostle wrote to the Corinthians ‘in whom the god of this age has blinded the minds of them that do not believe…’ it is left to us to open their eyes by the power Jesus has bestowed on us. Jesus said ‘I am the way, the truth and the life…’ but situations around us make us believe otherwise and just like peter (when he walked on water)-we take our eyes of God and focus it on the situation-in which case, we sink-everytime.My encouragement is this-a saying goes ‘when we are young and foolish, we want to change the world; when we are old and wise, we want to change ourselves’- I choose to say that in order to change the world, we ought to first change ourselves and then focus on influencing the next person to change (not change them, because in reality, you can’t)-simply because that person has the potential to affect millions of people all over the world. Thus, the world will be changed ‘one person at a time’.I conclude this piece with this, A world shaker is someone who influences his neighbour to make a positive decision. ‘Positive in what sense’ you may ask, Paul the Apostle wrote to the phillipians ‘whatsoever things are pure, lovely, of good report, virtous, praiseworthy, think on these things’, an Hebrew proverb says ‘watch your thoughts for they determine the course of your life’. A wise man once said to me ‘decision determines destiny’, our decisions are the stones with which the house of our destiny is built; with this understanding, it is crucial that those decisions be good, developmental and made with the future in-view.You are where you are today because of the decisions you have made until now; consequently, where you will be in 10-15 years will be largely dependent on the decisions you make between now and then. Selah!