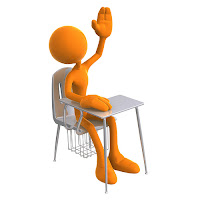 Man was not made for the School, but the School was made for man. Why then is the School allowed to determine the course of a man’s life? Now it appears that whoever cannot fit into the mould of the school system is stigmatized, but it should not be so! Those who do not thrive in the school system can thrive elsewhere especially in vocations, crafts and numerous other fields.The formal education system should not be overly exalted as the only form of education because non-formal education has the same role to play in the mental development of the populace. The tide needs to be turned so that people can be educated in their area of strengths, then will we have true scholars recognized as a result of sharpened natural abilities for the benefit of humanity.I have been through the system and it found no place for me; I therefore take it upon myself to create a place for generations yet unborn so that they lay not to waste as the generation before have been.Education is from the greek word Educe-which means to bring out of esp. Ignorance. Education is supposed to bring a person out of ignorance of his gifts so that he can in-turn bring others out of ignorance through the proper use of his discovered gifts.I believe that the real purpose of School is to release the potentials inherent in each student so that the whole of humanity can benefit from the vast investment made into the life of ach student. When someone creates something that never existed before or re-creates what exists already as a result of School, then the person can truly be called educated.It is not the number of hours spent reading that really counts, but the number of hours spent practicing or trying out what has been learnt so as to verify and discover better ways of doing the same thing. Whether it be science, arts or humanities, the emphasis should be on verification and improvement instead of information and storage. The examinations should be freestyle such that it is what the student obtained from trying out what was taught in class that should be used to judge the student’s performance.I would prefer that we have inventors than desperate job-seekers because the major difference between them is that the inventor wants to create a product that will improve the life of the populace while the desperate job-seeker wants to get a job to get paid no matter what!I rest my pen for now, until next time, keep thinking how to make life better for the other perseon.