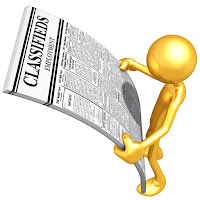 That was it! I lost all desire for small talk and idle gossip. I was transfixed on the sheer display of boldness in front of the lecture hall. The thought kept ringing in my mind like a loud gong “why did it have to be a girl?”. I couldn’t sit still any longer, and just as she had started, it was all over, and she left. I was like glued to my seat but I was restless, vibrating all over. Then, an idea came to me, “why not go up there and talk?”, that scared the living daylight out of me. For the next 18 minutes or so, there was a raging war going on in my head. Fear was winning the battle while I watched helplessly. There was no doubt that I had what to say, motivational talk basically, so my problem was with inertia. Perspiration was at an all-time high in those moments, with sweat oozing from every pore on my dark chocolate skin and my palms too. It was a “now or never” decision moment. After 34 minutes of inner turmoil that would make the middle-eastern region of the world jealous, I asked around where to get Chalk with which I would write on the black board. I lept from my chair and dashed to the vendor selling. I got 3 sticks of chalk and walked ever so slowly back into the classroom. I paused for a couple of seconds by the door, took a deep breath and walked over to the platform. My heart was doing double-time overtime as it threatened to burst out of my chest. I could not face the over 250 students in the lecture hall for the first time just like that, so, I devised a plan in a matter of milliseconds. I walked straight to the black board, set the 3 sticks of chalk ever so carefully into the chalk box, picked up the duster and started cleaning the blackboard, inch by inch, segment by segment, the board was being wiped and just like that, the lecture hall quieted down! I was relieved, continued until I was through cleaning the board. Without missing a beat, I picked up a stick of chalk, broke it into two, and started to write on the board. The initial hush had been replaced just after about 15 seconds and the chatter was quieter than the initial. You see, as I was walking back from the chalk vendor, I had decided that I would not start with motivational writings, instead, I would stick with something they could identify with. Since we were all freshman year students, we had some classes in common like Biological Sciences, Chemistry and Physics. I wrote quickly offhand and 5 minutes later, I was through.