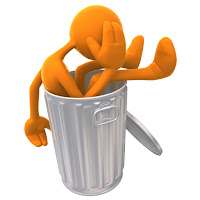 An object will remain in a state of rest, or continue in a linear motion unless an external force is applied to help it overcome inertia or lethargy.

The above is my paraphrase of Isaac Newton’s 1st Law of Motion. I have learned over the years that not making a choice is a choice in itself.

Many years ago I gained admission into the University to study Physics, though I really wanted to study Computer Engineering. I could have quit then, re-take the entrance exam and keep at it until I have my way, but that didn’t happen. Instead, I thought to myself “maybe it is along the same career line”. How wrong I was! It turned out that Physics (offered by my school) was more theoretical than the Computer Engineering course I originally entered for.

It became obvious to me after the first academic year that I was swimming in the wrong waters. I flunked 40% of all the courses I registered for that year. It was the first time in my life I would fail exams on that scale. What did I do? Life had given me Lemons (insatiable curiousity and a wild imagination), the school had no idea who I was or how to help me make Lemonades.

I decided to go to the University of Hard Knocks. Admission was FREE anyway and I was gladly employed. I would spend my pocket money and my nights at Internet Cafes learning HTML (the building blocks of website designing). My nights were for learning HTML, my days were for creating possibilities in my mind, writing my thoughts and ideas for building websites.

Along the line, I started learning graphics designing so as to aid the website designing. I had hit a gold mine! It finally became clear to me that what I really wanted to do was to create things! Ideas came in torrents, so much that I carry a notepad and pen everywhere I went. I was always writing and my academics suffered a great deal. Upon taking stock many years later, I finally discovered that even though I was interested in Computer Engineering, I was really wired for Creative Arts (made evident by a very vivid imagination).

Now, I am a Computer Maintenance Expert/IT Consultant, a Technology Radio Show Host and a Creative Web/Graphic Designer. I would have ended up working in a bank, or teaching in a secondary school or working in the public service now if I never took that chance to go on a self-discovery adventure.

My opening paragraph now comes into play. You can Quit doing Nothing or you can Quit doing what you have always been doing so as to get a whole new outcome. It is better to be miserable on one end than to be miserable on both ends. If you are studying a course that you are not wired for, you can make up for it by doing what comes to you naturally during/after school. The bad scenario would be to struggle in school and struggle in business too.

The opportunities that are available to us now were non-existent when I graduated high school. This means that if we do not harness the opportunities presented by the internet now, in 10 years, we will be experiencing a whole new revolution and we would have to start from square one trying to harness it by then.

Finally, yesterday is gone, tomorrow isn’t here yet, today is all you’ve got, do something with it. Not everyone is wired to start a business, some like me are wired to be managers. So, I strive to be the best manager around. If you are wired to be an pioneer, stop trying to run your business alone after you have started it. When you are all wrapped up in yourself, you make a pretty small package. Outsource, partner with someone who is wired for it, that frees you up to focus on other aspects of your business.